Those traveling to Austria for the very first time may be confused about what they should see first. While there are tons of suggestions online, visitors may often find it difficult to decide.

Many believe that first-time visitors must start their first trip to Austria by visiting the most famous sites, while others highly suggest to stay off the beaten path in order to get to know the real side of the country better.

Of course, wandering through unknown sites, walking streets without any tourists, and meeting the locals from close is a whole different and special experience. Yet, we believe that first-time visitors must first of all see some of the tourist attractions that Austria is known for, as these are the buildings and places that make Austria what it is, and bear its history.

For those still having a hard time deciding what to see, we have made a list of the most important sites in Austria, which a first-time tourist must see in order to get the real taste of Austria.

The Hofburg former principal imperial palace is a must-see for every tourist visiting Austria. It is impossible to walk the streets of Vienna without this magnificent piece of architecture catching your eyes. Built by the Habsburg dynasty rulers, today it serves as the official residence and workplace for the Austrian President. 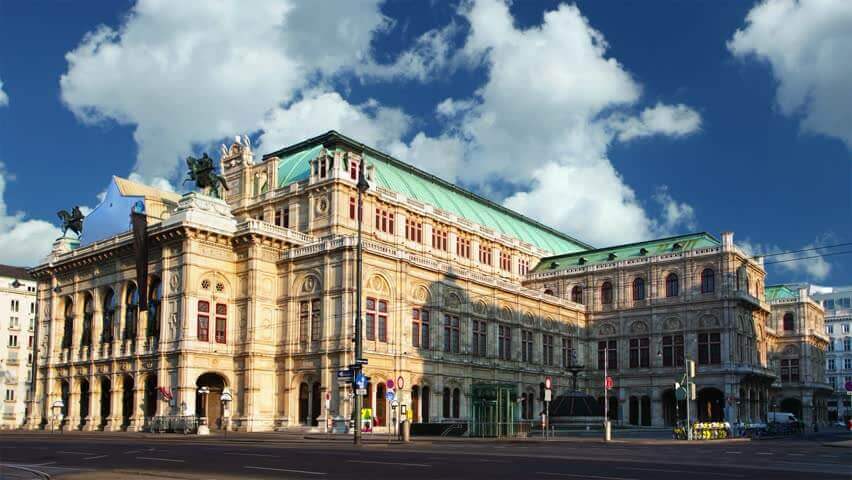 Build in the 19th century, the Vienna State Opera is another must-see in the Austrian capital. Nowadays the renowned opera offers nearly 300 performances each year. If you are a fan of opera, attend one of these performances to experience Austria’s rich heritage of music.

On the other hand, if you are not quite of an opera fan, you can instead just join a guided tour to see the opera hall, intermission rooms and chambers inside the Opera House, and get the chance to learn more.

Dating back to the 18th century, the Schönbrunn Palace and Gardens in Vienna has magnificent architecture and majestic park-like gardens. It consists of 1,441 rooms and apartments, some of which were once used by Empress Maria Theresa.

The park is a UNESCO World Heritage Site, with extravagant Baroque gardens, as well as a maze for which you need to pay to enter. There is also a fountain, called the Neptune Fountain, located at the end of the walkway in the garden.

Approximately eight million people visit the palace and the gardens each year.

The Old Town is located in the center of the city of Graz, also known as the city of students and universities. It is a World Cultural Heritage site, due to its historical sights and attractions.

If you are around for just a couple of days, then visit the Old Town Graz, as you will find all of the richness of Austria, its history and architecture condensed into this small area. Moreover, you will be able to see everything here without the need to take a bus, taxi or other means of transport.

Just walk around and you will get the chance to see the 11th century fortification on the City Mountains, its narrow and romantic streets, public halls, and other old but beautiful buildings. 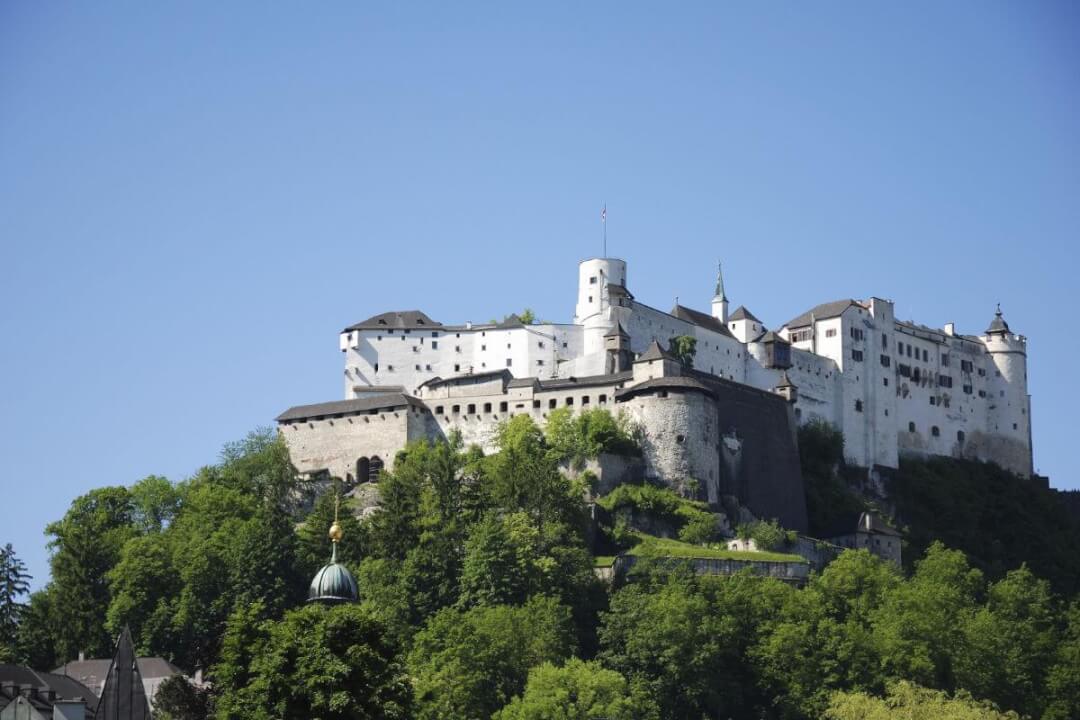 Placed high above the rooftops of the Baroque historical district for almost a thousand years now, the Fortress of Salzburg is one of the most visited tourist spots in Austria.

Austrians are very fond of the Hohensalzburg Fortress, and they will all recommend you to visit it, even if you are in Austria just for a couple of days. You will have the chance to choose between walking up the hill to the fortress, or a ride the fortress funicular.

The inside of the fortress is just as stunning as the outside. Moreover, if you are in Salzburg on a Sunday, be at the castle at 11:45 a.m., and you will find there musicians performing up in the aptly named “Trumpeter Tower”.

The Austrian city of Salzburg is the hometown of the great musical genius, Mozart. Thus a tourist that skips visiting the “Dance Master’s House”, what is called the Residence House of Mozart, has lost an important piece of the city.

The Mozart Residence, now turned into a museum, contains famous exhibits as Mozart’s childhood violin, his concert violin, his clavichord, the pianoforte, as well as portraits and correspondence of the Mozart family.

Another destination in Salzburg, Zell am See is famous for its mountains and skiing resorts, Alpine lake and glacier lakes, as well as its Romanesque St. Hippolyte’s Church with a 16th century elevated walkway, it is definitely a must see for tourists traveling to Austria for the first time. 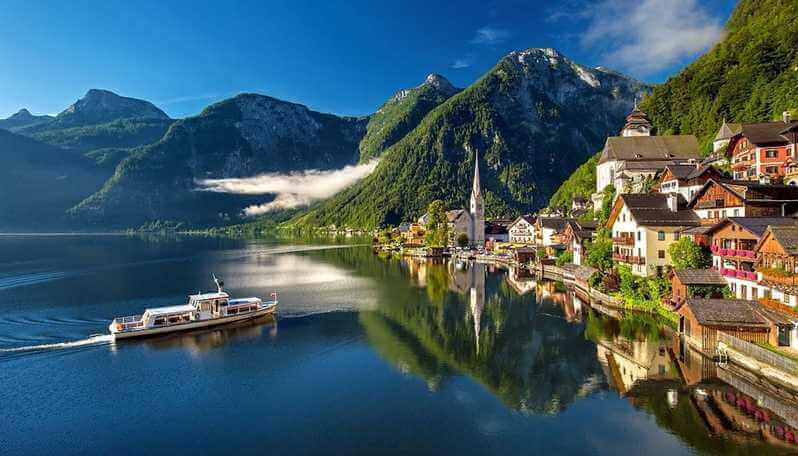 Maybe the oldest village of Austria, Hallstatt is a stunning place and a panoramic view that will shake to the core every nature lover. Now a UNESCO World Heritage Site, the village is not only incredible to see, but also relaxing for both the eyes and the soul.

It is located in the in Austria’s mountainous Salzkammergut region, and consists of 16th-century Alpine houses and alleyways near the lake named also Hallstatt.

Located in the Alps, the capital of Austria’s western state of Tyrol is famous for its winter sports tourist attractions.

The Wachau World Heritage Trail is a hiking trail that reveals astounding panoramic views as the historic towns of Dürnstein and Krems, the ruins of Aggstein Castle, and an extensive view of the countryside.

You will get to see a lot of vineyards, farmers and shady sunken road in the 180 km long hiking trail. Once the trail is over, you can continue walking downstream along the Danube on the Wachau World Heritage Trail between the towns of Emmersdorf and Krems. 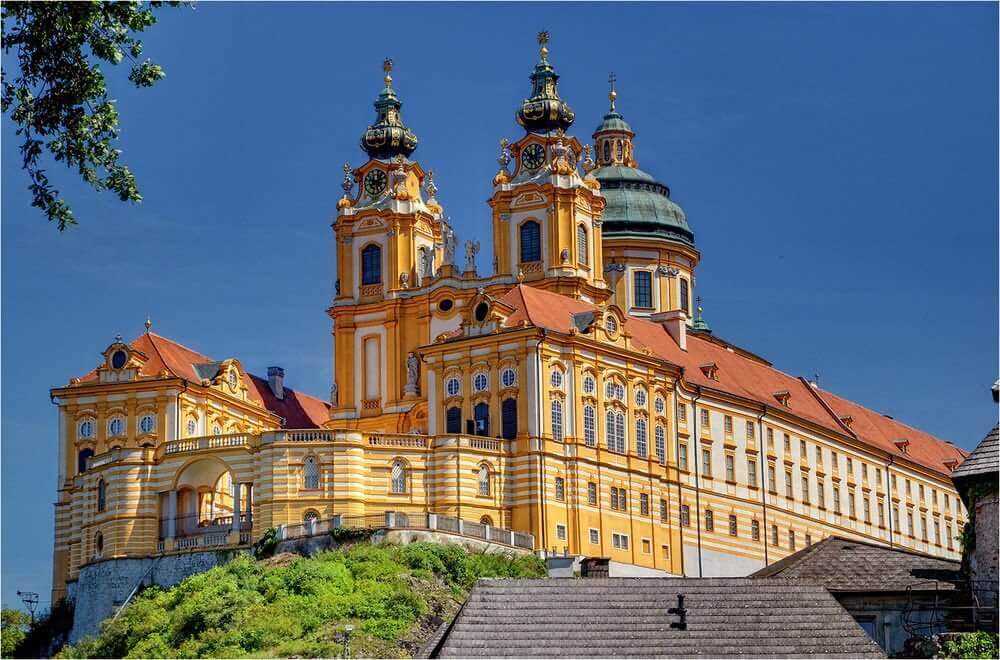 While in lower Austria, before or after you are done with the Wachau trail, go on to visit the Melk Abbey.

The almost a thousand years old building, the Melk Abbey, is a tourist magnet. The Benedictine abbey is a building of Baroque architecture and it includes a museum, the church, a marble hall and a library. The library alone contains 16,000 ancient books, many of them dating back to the 15th century.