Netherland’s Prime Minister Mark Rutte has paid an official visit to the Bulgarian capital, Sofia, on February 6, during which he expressed his support and the support of his country for Bulgaria to join the Schengen Zone of European Union, yet, asserting that there’s however still a lot of work left to be done until such thing happens.

During his two-day stay in Sofia, Dutch PM Rutte met with the Bulgarian Prime Minister Boyko Borissov, to whom he pointed out that he does not consider Bulgaria is ready to join the Eurozone, in a joint press conference. However, he congratulated his Bulgarian counterpart for the work done so far.

“We support Bulgaria’s Schengen accession. But work is not yet finished – it takes the efforts of many participants in the process, including Bulgaria. But I want to congratulate Borissov for the achievements so far. As (the EU Commission President) Juncker said – there is still some work Bulgaria must do, and I think it will do”, PM Rutte said.

Dutch PM Rutte, praised Bulgaria as one of the fastest-growing economies and as a key player in the region, assessing its role in the future of Europe as extremely important.

On the other hand, PM Borissov said in front of the press that he believes Bulgaria will convince the Dutch parliament to support the country to become part of the Schengen Zone.

“Everybody sees that [Bulgaria] is a safe external border. Everybody recognizes Bulgaria has a very good presidency. I hope we will be able to convince the parliament in the Netherlands, with their complicated coalition, that Bulgaria is observing discipline”, the Bulgarian PM said.

During a meeting between German Chancellor Angela Merkel and the Bulgarian PM in Sofia in January, the latter had claimed that countries like Finland and the Netherlands were loud against the accession of Bulgaria and Romania to the Schengen Zone thus hindering the process.

Both Bulgaria and Romania were given the ‘green light’ by the European Commission to join the borderless Schengen Area in 2010, but they have been blocked by a group of countries like France, Germany and the Netherlands so far. 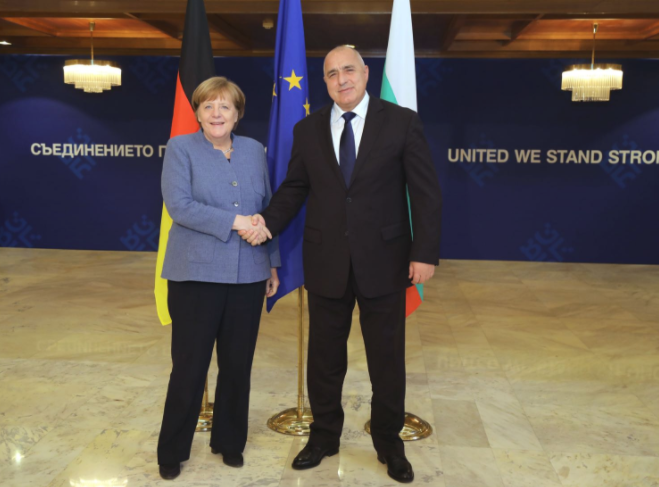