All damages caused by travel restrictions and entry bans imposed worldwide due to the Coronavirus pandemic (COVID-19) affect every day the life of couples that have been separated for months now.

Even though 10 European countries have lifted the travel ban, permitting the reunion of the unmarried partners separated by an entry ban, yet visa application centres have not resumed their services preventing couples reunion, VisaGuide.World reports.

Teresa, a student that lives in Germany, and her boyfriend Filipe, who lives in Brazil, are currently facing this problem.

According to Teresa, her boyfriend finished his apprenticeship in Brazil, in March this year, which is also recognised in Germany, and planned to go to Germany by the end of summer. But, this plan has not been brought to life.

“The plan was he gets a VISA that allows him to stay in Germany up to 6 months to start looking for a job (Visum zur Arbeitsplatzsuche). However, the consulate that gives out this visa in Brazil is closed, and there is no way for him to get here (permanently),” Teresa pointed out.

On August 10, Germany’s Ministry of Interior Horst Seehofer announced that Germany decided to allow unmarried partners of German citizens and residents to enter the Federal territory. Still, Filipe wants to stay longer in Germany and work, as both Teresa and Felipe are students and need to cover their expenses; therefore, Germany’s latest decision did not help them much.

“Now due to the new regulations for unmarried couples, he would be able to enter Germany (we fulfil all the requirements) but as we are both students we can’t afford this, and also he wants to stay for a longer period in Germany in order to work not just visiting and doing nothing,” Teresa emphasised. 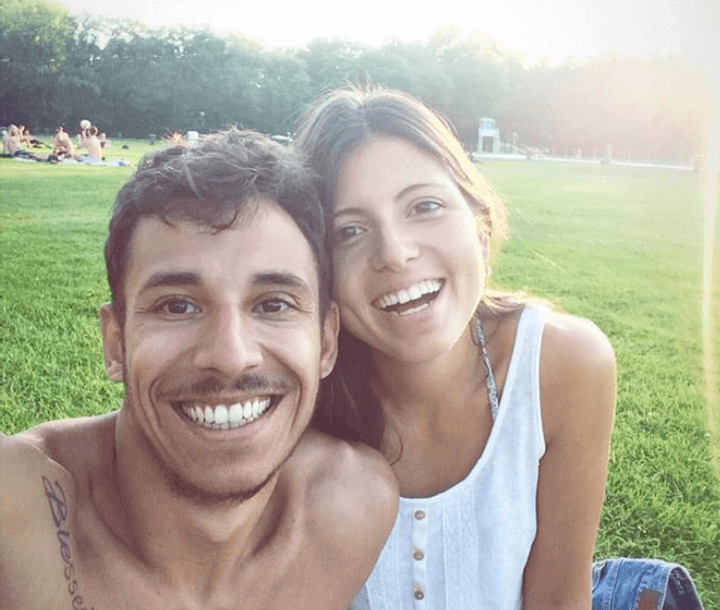 Up to this point, European countries that have permitted couples reunions are Austria, Denmark, Iceland, Norway, the Netherlands, Switzerland, the Czech Republic, France, Finland and Germany.

Earlier this month, the European Commission urged member states to allow entry for unmarried couples of European citizens as well as residents.

European Commission has raised of excluding unmarried partners of European citizens and residents from the travel restriction into the EU, according to The EU Commission’s Spokesperson for Migration, Home Affairs and Citizenship and Security Union Adalbert Jahnz.

Another problem is the lack of flights to Europe, as well as several’s governments’ advice to avoid all non-essential travel.

However, on Thursday,  Trump’s administrations rescinded its advice to American citizens against international travel, adding that current conditions no longer “warrant a blanket worldwide alert”.

The State Department announced that the Coronavirus epidemiological situation would be estimated in each country instead.

“With health and safety conditions improving in some countries and potentially deteriorating in others, the Department is returning to our previous system,” the statement noted. But the US kept its borders closed to most travellers from the European Union.

For months, separated couples are trying to find ways to reunion. They have been campaigning on social media and urging the EU and the governments of each Member State to solve their problems.

Twitter’s Hashtags #LoveIsNotTourism & #LoveIsEssential have been supported by many groups, including Members of the European Parliament.