Chinese cities to implement visa waiver for visitors from 53 countries

China will allow citizens of 53 countries to visit Shanghai-Jiangsu-Zhejiang region and Bejing-Tiang-Hebei region without a visa for up to 6 six days (144 hours), according to the news on Twitter.

This decision will be implemented from 28 December 2017 and will target 53 countries.

Who can enjoy free-visa travel to China?

Citizens from 53 countries will be offered free-visa travel to China for 6 days or 144-hours.

On the other hand, the other countries will still carry 72-hours free-visa stays.

Note that you can only enter and leave from these places above. You’re allowed to move between Shanghai, Jiangsu and Zhejiang. In case you can’t for whatsoever reason get to these cities within the planned term of 144 hours to leave China you have to go to a Public Security Bureau to apply for a visa.

The same rules apply in these regions too. You can only enter and leave China from these places and while you stay you can only move within this area. 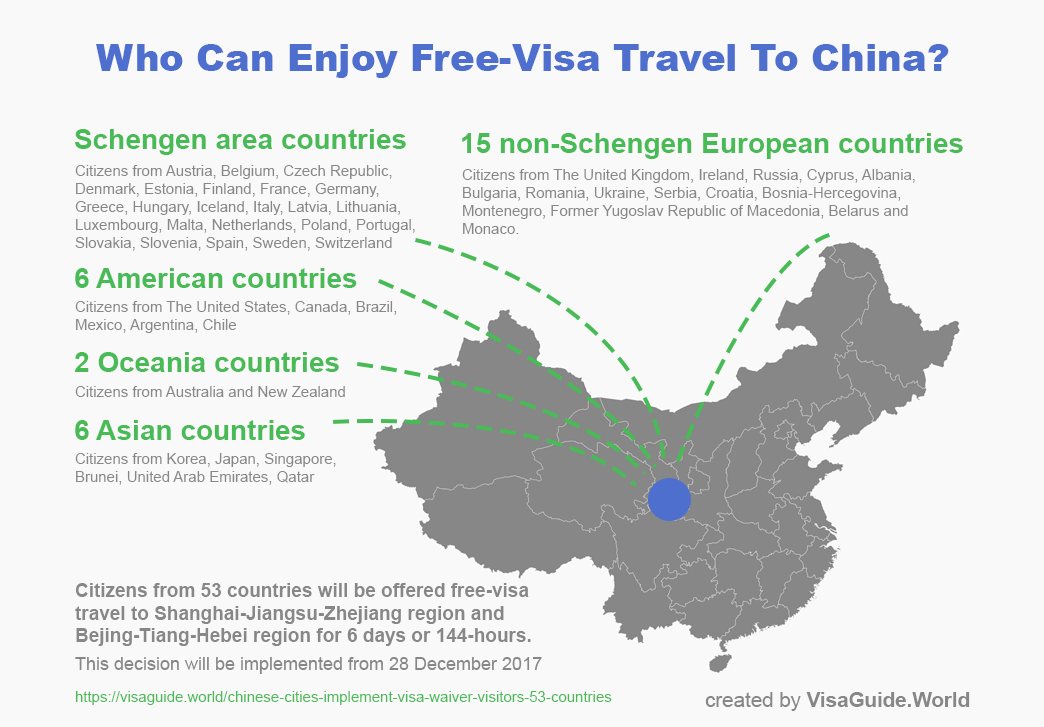 What documents do you need to obtain this visa?

You need these documents to apply for a 144-hours visa:

First, you look for receptionists who welcome visitors on arrivals and they’ll guide you. Then you’ll be given an Arrival/Departure Card which you should fill by noting that you’re applying for a 144-hours visa. After that you follow usual procedures: claim your luggage, go through customs checks and then you’ll be free to leave the airport.

Note, however, that such visa may last for more than 144-hours. That’s because the 144-hours term starts a day following your arrival. Say, you arrive at Airport of Shijang at 7 o’clock pm, 2 January and your time will start counting at 00:00 on 3 January.

Referred to Chinese national statistics their country recorded a slight decrease of tourists from 2007 on. China’s government hopes this move will increase the number of tourists coming and facilitate the businesses visits to these three Chinese cities. Actually, they are ranked fourth worldwide as tourists’ destination and now they aim to climb higher on this list. 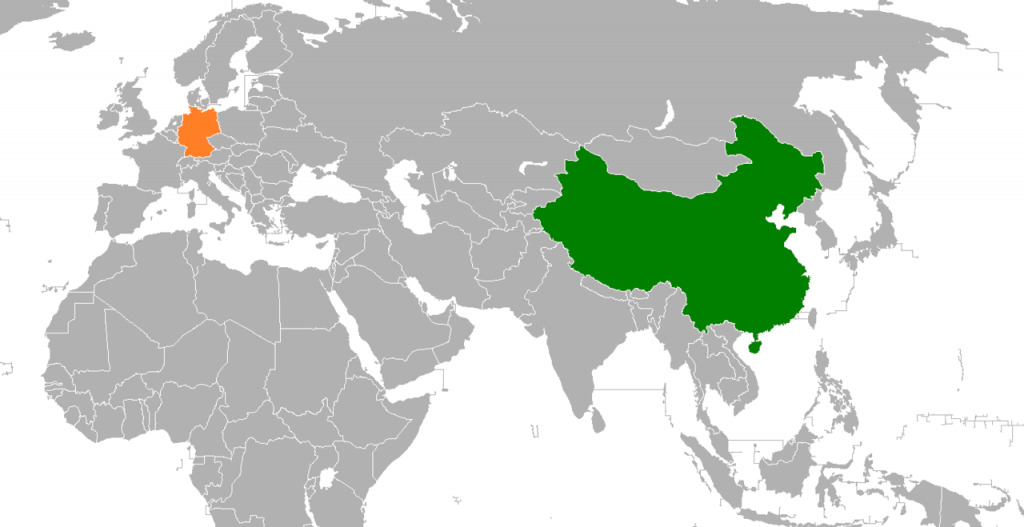