The Albanian police have hit a criminal group of 36 suspected members in a police operation called “the Wrong Path”. According to a Joint Statement of the State Police and the Prosecution for Serious Crimes, 32 Albanian citizens have been arrested, a police officer among them. Four other citizens have been declared wanted.

Around 250 police forces were involved in the operation, during which four workshops with equipment for forging travel visas have been discovered and seized.

“In full coordination with the Prosecutor’s Office of the First Instance Court for Serious Crimes, the suspects have been prohibited for the criminal offenses “Forged ID Cards, Passports or Visas”, “Falsifying of Stamps and Forms”, “Assisting Illegal border crossing”, as well as “Organized Criminal Group, conducted in cooperation,” the police statement reads.

Those who purchased these forged documents, flew through Albania, Montenegro, Italy, Greece, France, and Norway to countries as Britain, the US or Canada.  Albanian police claim that migrants paid around €12,000 to go to Britain and up to €23,000 to go to US or Canada.

The operation “Wrong Path” comes shortly after 39 people were stopped last December at the Tirana International Airport (TIA) while attempting to fly to the Schengen states with falsified travel documents. These people were caught in possession of fake Italian, Greek, Romanian and Bulgarian counterfeit passports, with the UK as their final destination.

According to police, the sequestered documents were high in quality and almost identical to the originals. In Albania, such a document can be purchased for around 300 to 500 euros.

Albanian citizens can travel to all Schengen countries, however not to the United Kingdom, since the country is not part of the European visa-free area 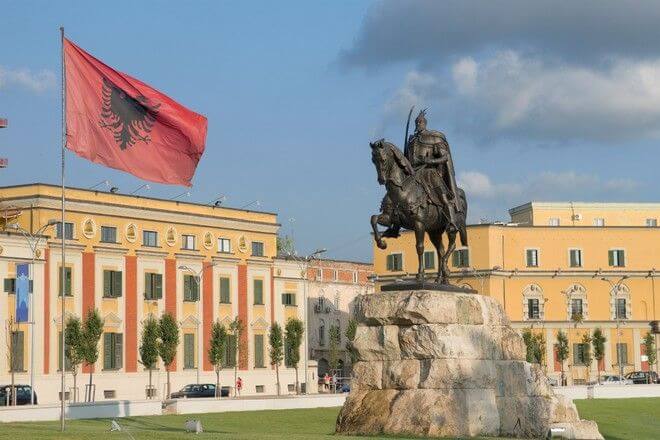